How do you spark empathy in your users? By helping them to see a little of themselves in other people.

This project aims to provide some statistical shock value to users, and encourage them to engage with the UN's 17 Sustainable Development Goals, including eradicating poverty, and creating access to clean water.

This project originally began at an Adobe Creative Jam, in late 2020.

The original prompt was to incorporate pop culture and advocacy. The result was a Buzzfeed-inspired quiz format for an application, geared towards supporting the United Nation's 17 Goals for Sustainable Development.

See the full documentation of the 17 Goals here. 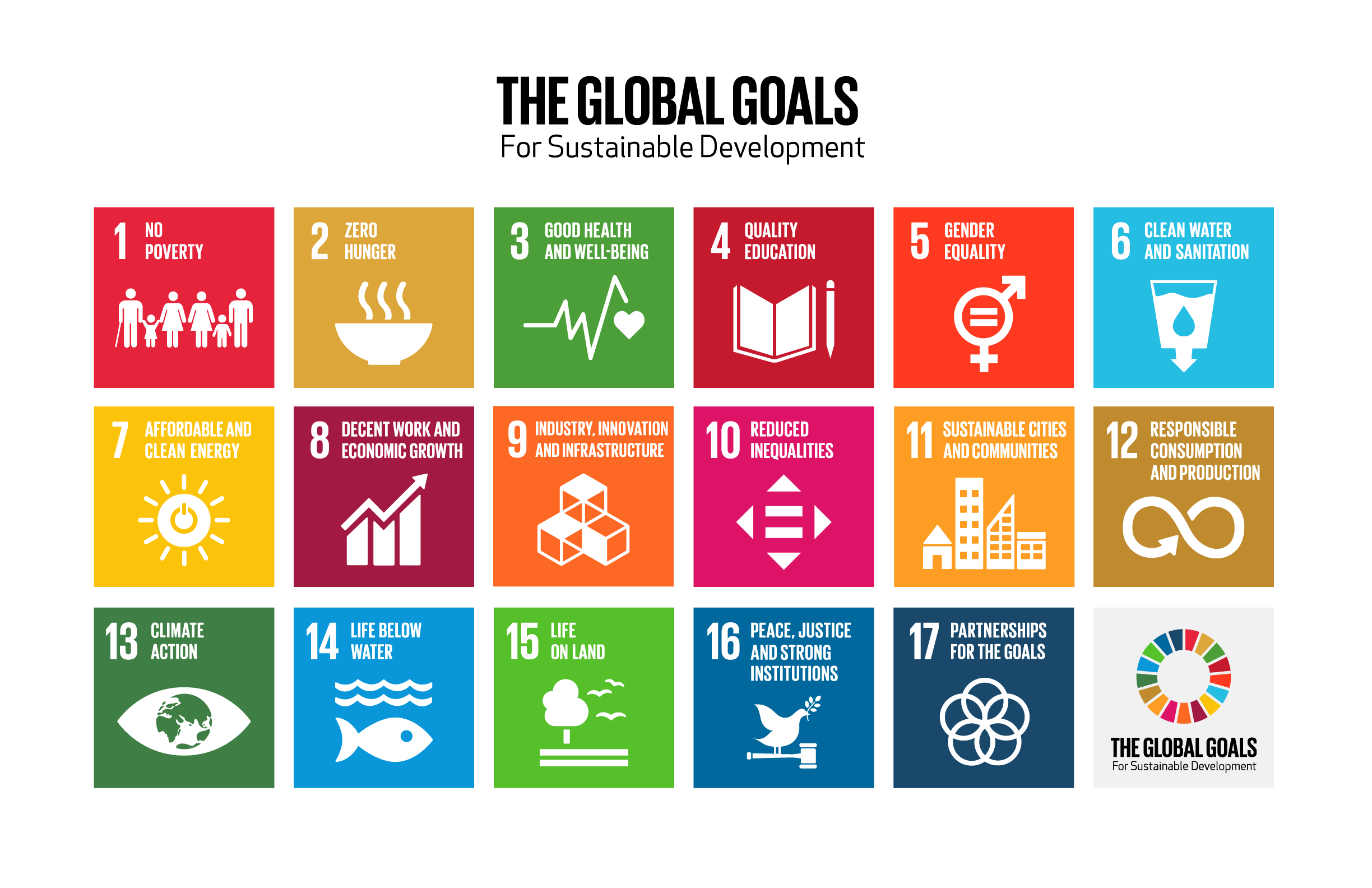 Currently, People Like Me assesses users based on 3 general metrics:

1. The region in which they reside: the options are limited to Australia, Canada, and the US, which was based on the locations of the participants in the original Adobe Jam.

2. A user's age range: This separates users into categories by generation, from which general demographic data can be applied.

3. Gender identification: To be as inclusive as possible, several alternatives to the traditional gender binary system were provided, as opposed to just listing "Other."

The first version of People Like Me was created in under 48 hours, and was built with close to 2,000 screens in Adobe XD.

See the first version here! (Note that it takes a while to load.)

Part of the goal of this project was to create shareable assets, that would encouraged advocacy through social media. One such application was the creation of branded content for instagram:

The final version of People Like Me builds on the principles of educating a user, and tailoring the results it produces to the information they provided.

Ultimately, the goal is to use demographic similarities to spark empathy, so a user walks away engaged in at least one of the sustainable development goals. 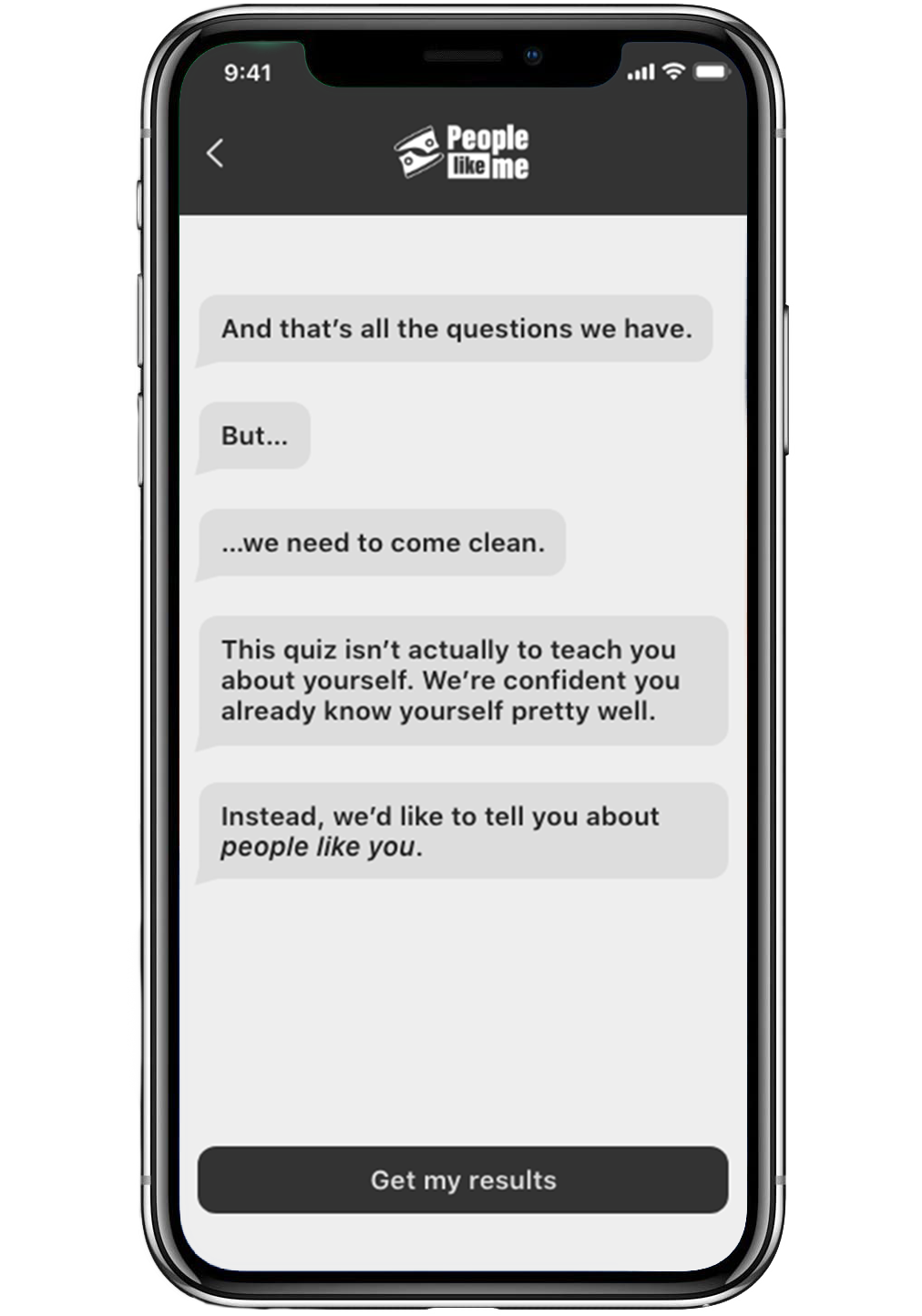 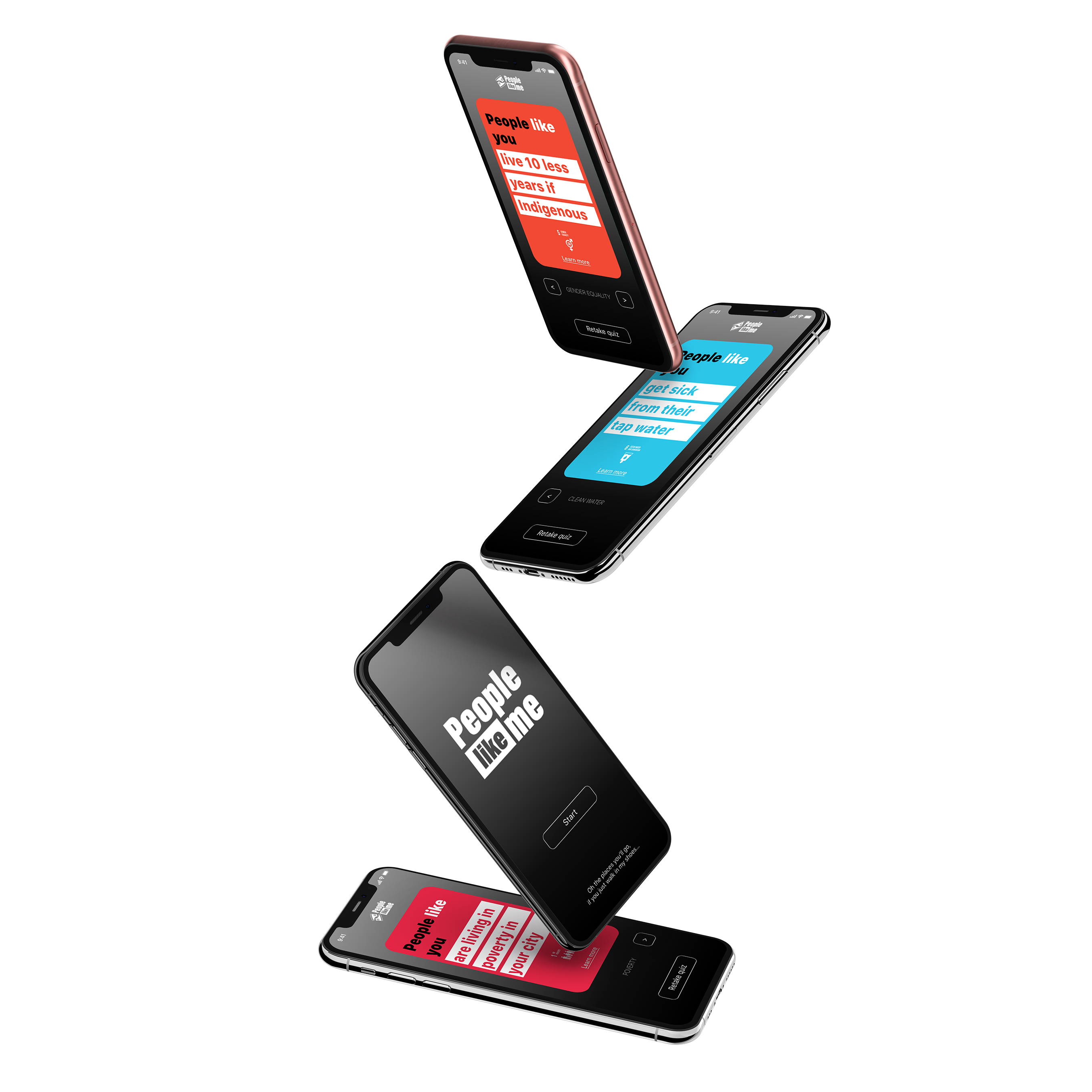